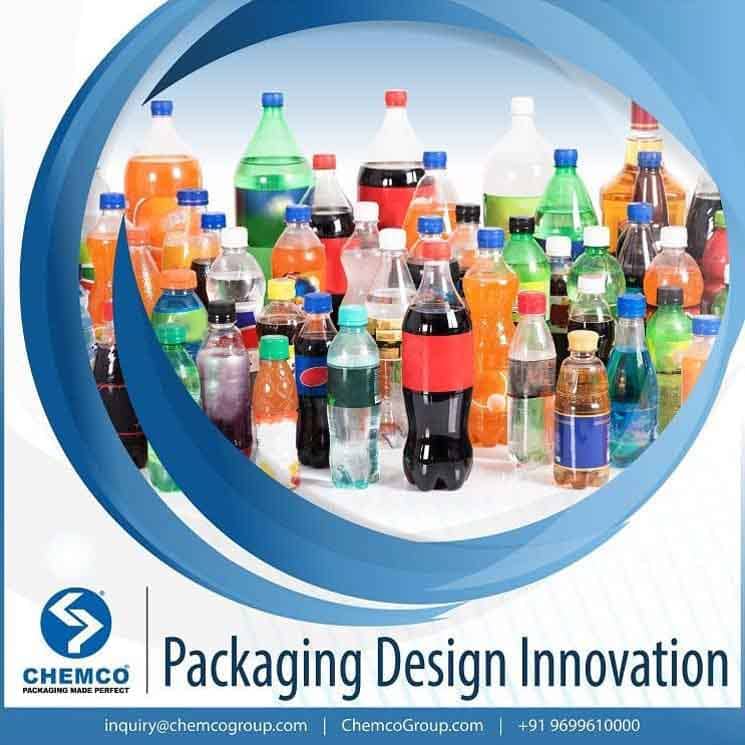 Plastics enable innovations that help protect healthcare preforms from damage, keep ingredients safe, and guard against contamination. They can be found throughout the healthcare environment. Plastics are the workhorse at the heart of medical packaging solutions that must meet the medical and pharmaceutical industry’s rigorous compliance requirements. 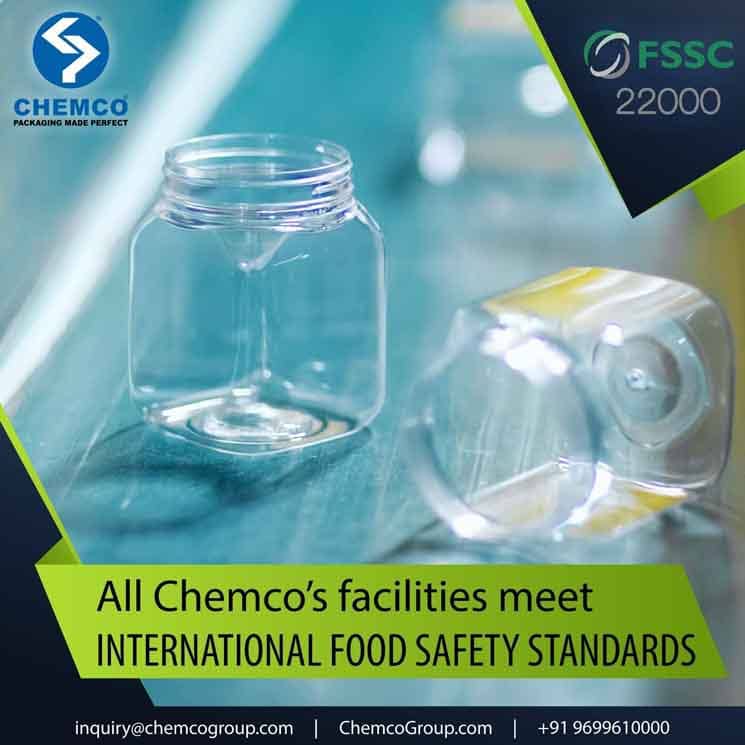 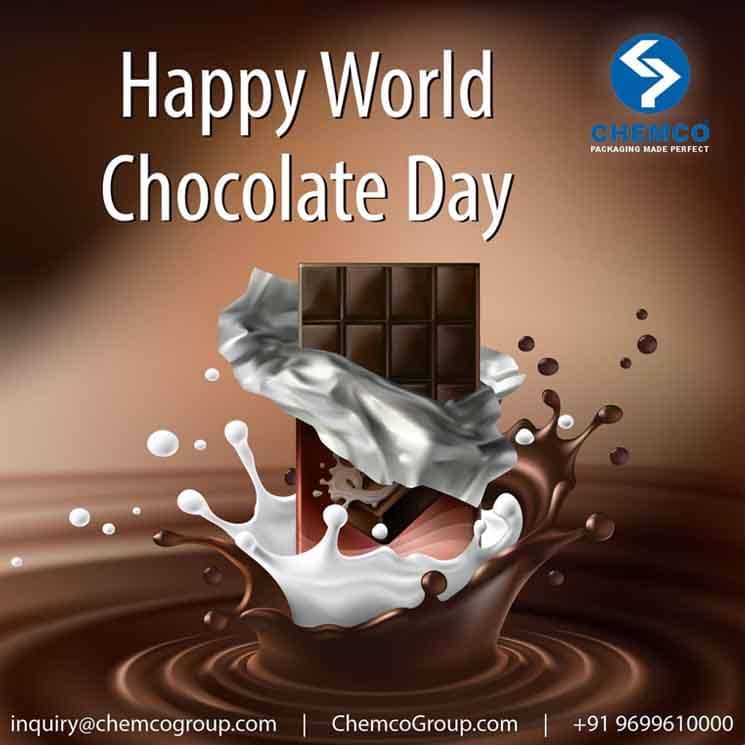 A Special Thank you to all our customers who use our preforms to pack their exquisite preforms. Happy Chocolate Day 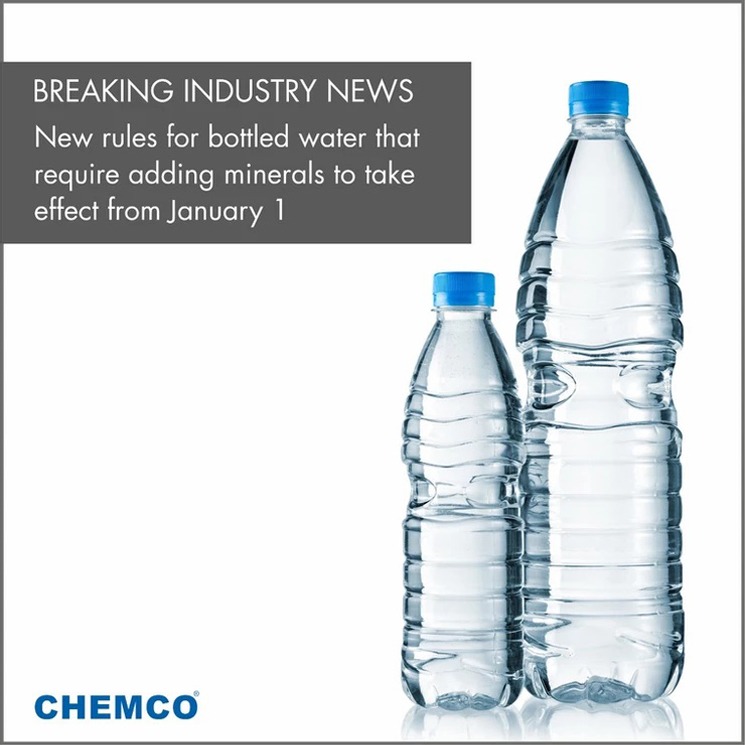 Packaged water companies must add 20 mg of calcium and 10 mg of magnesium — vital ingredients for health — per litre in all such products, according to new FSSAI guidelines. Big players such as Coca-Cola, Bisleri and Pepsi to comply; questions remain over smaller, unorganised companies.

It’s being called the Taste of India. A new regulation will change the formulation of all packaged water across India.

New guidelines from the Food Safety Standards Authority of India (FSSAI) will now push all packaged water manufacturers to add 20 mg of calcium and 10 mg of magnesium per litre in all packaging.

As minerals are considered vital for health, the National Green Tribunal (NGT), had asked the FSSAI to explore the possibility of making a provision for the addition of certain minerals in packaged drinking water. NGT said it was important that minerals removed in the process of water filtration — the essential process to make the water safe for human consumption — are restored for the benefit of consumers who drink packaged drinking water.

The original order from NGT was issued on May 29, 2019. After two extensions to the packaged water companies, the government set the deadline on December 31, 2020.

The new regulation will be implemented from January 1, 2021. The FSSAI has already provided two extensions to facilitate the industry’s transition from the existing formulations to push new products in a market facing growing health concerns and lack of clean drinking water. No further extensions are likely.

Will it help? Water experts say yes. Will everyone fall in line? The experts say no. In short, water will have a different taste in different parts of India.

All the big players in the market — Kinley, Bailey, Aquafina, Himalayan, Rail Neer, Oxyrich, Vedica and Tata Water Plus — have started the process and by the end of December 2020, all major packaged drinking water brands would have the required quantity of calcium and magnesium in their bottles.

A senior official at Coca-Cola India said the company has already started rolling out new products in line with the government’s specifications. “Our new bottles have already hit the markets all over India,” the official said.

AK Singh, a senior manager at a Bisleri plant, said his company is all set to roll out the new products by this month-end. “The pressure was not exactly on us but more on water purifying companies, which were drawing a lot of flak for clearing out a large amount of minerals from the water. With the new rules in place, hopefully, that old process of destroying minerals will stop,” he said.

Little is known about the smaller brands, which control over 25 percent of the domestic market. The FSSAI is, justifiably, worried about the plans of the smaller players.

There are more than 6,000 licensed water bottling setups under the Bureau of Indian Standards (BIS) and uncountable unorganised mineral water companies. There are around 150 Indian bottled water brands in the market today.

“We are trying hard to ensure they follow rules, else the taste of bottled water will vary from region to region. In India, the small bottled water manufacturers often violate norms,” said a senior FSSAI official.

Interestingly, the taste of any packaged drinking water (or any water for that matter) mainly depends on the minerals that are found in the water, either from the source or added to it to deliver these minerals to consumers. Depending on the quantities of the minerals available in the water, the taste may vary. It is largely the mineral content in the source water that is behind the varied tastes of water perceived in different parts of India.

“It is a great move, but very difficult to implement,” says water expert Sarika Baheti. She says the addition of minerals will change the taste of bottled water in India but the smaller players will not change overnight. “It will be good if the government gets into this bottled-water business and handholds some small companies. What is very important is that the consumer must be aware of this fact of minerals as mandated by FSSAI. So, they must pick their brands accordingly. I hope it does not increase the price of the product and make it premium.”

In India, the Bureau of Indian Standards (BIS) sets the quality regulations for various products — from gold to a bottle of water. It has a whopping 19,000 standards in force with an average 350 new and revised ones per year — or almost one per day.

So, how many of them are actually followed and implemented by manufacturers, especially the small and medium scale ones?

It is a great move but very difficult to implement. I hope it does not increase the price of the product and make it premium – water expert Sarika Baheti

A 2018 study by Dr Aviram Sharma at the Nalanda University, Rajgir, Bihar, had analysed the regulatory governance of the standards set by the Bureau of Indian Standards (BIS) on bottled water quality in India. The study said bottled water has been under mandatory certification since 2001 — meaning, it is illegal for any firm to manufacture it without a BIS licence. The study says enforcement and implementation of mandatory quality standards for bottled water in India are weak.

Dr Sharma’s study analysed the issue of implementation of bottled-water standards using fieldwork carried out in New Delhi, Jaipur, Patna, Kolkata and Bengaluru. The study pointed to the lack of formal procedures to involve various stakeholders in formulating these standards.

The study also found a lack of accountability and coordination among the multiple regulatory authorities involved in setting and enforcing the standards, especially for illegal manufacturers.

In addition, the study said the biggest challenge faced by the bottled-water companies in India is duplicate one-litre bottles. The study said it is very easy to create fake bottled water because Indian consumers tend to believe that any bottled water is safe. “But it is not true because there are many fake products,” says Baheti.

The new FSSAI guidelines will be dutifully implemented by the big players. But India’s small and medium bottled water manufacturers are still silent about the new rules.

The bottled-water market, which came into existence in the early 1900s in the West, started in the mid-70s in India. It was initially considered a product for the rich. Then, growing health concerns and a lack of clean drinking water across the country led to an increase in demand for bottled water.

India’s bottled water market is mushrooming due to increased awareness about the importance of safe drinking water for good health. Diseases such as fluorosis, malaria, typhoid, diarrhoea and viral fever have led millions to switch to drinking bottled water. Even the taste offered by bottled water plays a major role in the increasing demand in the market.

The FSSAI says as many as 75 percent of the packaging units, owned by various firms, are operated without a licence from the regulator. These units are only operating under a BIS certification, whereas both are required to run the business.

The other major challenges are from the unorganised sector, where there is rampant production of unhygienic bottled water in rural, semi-urban and a few urban areas. 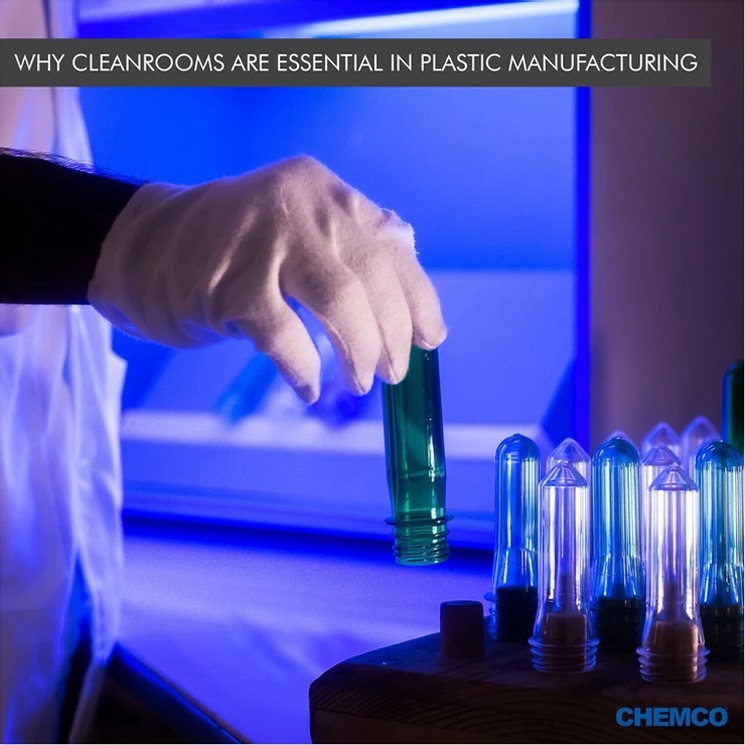 When it comes to plastic products used for food, beverage, and medicine, quality is critical. This is why leading PET preform manufacturers like Chemco rely heavily on cleanroom facilities, specifically the Class 10,000 standard.

If you need PET preforms for your products and if you want safe and efficient production of high-quality packaging, nothing short of a Class 10,000 cleanroom will do your project justice.

To be precise, cleanrooms regulate contamination based on the number of particles per cubic meter at a specified size. Why is this important? Because the typical ambient air in a non-clean room has about 35 million particles per cubic meter, that are 0.25 microns or larger in radius. This is enough to completely jeopardize health and food standards used in the industry.

Cleanrooms are especially useful in applications where small contaminants could adversely affect the product’s performance, guaranteeing safety and hygiene. They vary in complexity and are used for applications ranging from automotive and aerospace to food and packaging.

Cleanrooms often maintain particulate-free air through the use of HEPA or ULPA filters that employ turbulent or laminar airflow principles. These airflow systems direct filtered air in a constant stream to flush contaminants out of the environment.

Proper cleanroom design has to include the entire air distribution system, including provisions for downstream air returns.

Note: The type of cleanroom technology used depends strictly on your industry and application. There is no such thing as a one-size-fits-all rule.

Typical PET preform facilities can be a source of contaminants, especially if they are not properly maintained. A Class 10,000 clean can take care of contamination sources including dust, micro-organisms, dirt, inadequate quality controls, and human error.

Cleanrooms Should Not Disrupt the Manufacturing Process

While plastic industry cleanrooms don’t eliminate the need for proper sterilization of plastic products, they can implement quality control checks during the manufacturing process, which is essential for products that have sensitive uses and can’t withstand sterilization procedures.

Plastic industry cleanrooms may be required to maintain a sterilized environment while facilitating standard operating procedures to take place with maximum efficiency. They must provide room for staff to move, as well as carts, cranes, and other transportation equipment.

At Chemco, we can scale up PET preform production to fit your exact needs without compromising safety and hygiene. Production rates are never compromised, and we guarantee a constant supply of food-grade PET preforms for your products.

Why Cleanrooms are Important for PET Preforms

The Class 10,000 cleanroom standard ensures a steady supply of high-performance PET preform packages that meet quality and durability requirements for food and beverage companies. In a typical cleanroom system, the Class 10,000 cleanroom maintains air cleanliness levels to a maximum of 10,000 particles (per cubic foot). It also provides filter coverage of about 25% and a minimum of 60 air changes per hour.

This makes them ideal for applications in food-grade packaging. To support these applications, at Chemco we rely on materials like polycarbonate, aluminum, or stainless steel.

Technicians are required to wear protective gear such as safety glasses, shoe covers, hair necks, gloves, and lab coats. This prevents particles on their bodies from contaminating anything.

If done right, cleanrooms can give the following benefits to businesses:

Cleanrooms and their controlled environments play a pivotal role in food and beverage packaging by ensuring all PET preforms are designed to precision specifications and in accordance with strict industry practices. As much as the applications vary, so too do the requirements, however, they all operate in a sensitive environment.

At Chemco, we leverage our experience that has spanned several years to produce durable, reliable, and high-quality packaging. Our preforms are ideal for blowing and filling plants and packaging machinery for various industries including but not limited to water, carbonated soft drinks, dairy/ milk, alcohol, home care, personal care etc.

Chemco stays ahead of food and beverage packaging regulators and help you rise to deliver unparalleled customer experience expectations. We introduce state-of-the-art PET preform technology with optimized cleanroom systems that ensure you meet the most stringent standards in your industry.

To discover more about Chemco’s product offerings, as well as the cleanroom technology we use, get in touch with our engineers to discuss your needs.