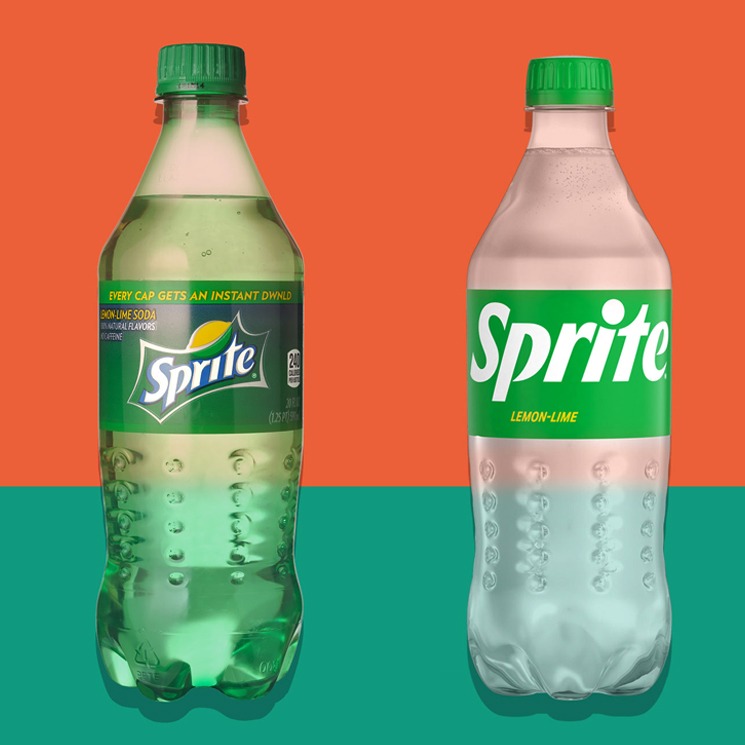 Can you picture being green and yet harming the environment in a world where everyone echoes the ‘go green’ slogans? Well, Sprite would probably understand! The iconic soft drink is finally putting away its famous green packaging as its step toward creating eco-friendly recyclable packaging. The elimination of green bottles has been in the planning for a while now. Although clear plastic bottles can also be recycled, green plastic bottles aren’t as beneficial. Thus, the Coca-Cola Company, the brand’s owner, has already begun switching Sprite’s recognisable green bottles in countries like the United Kingdom for more environmentally friendly transparent bottles. According to Fast Company, clear Sprite bottles started to appear in some areas of the country by last year, but today the other shoe has dropped: Coca-Cola has announced that beginning on August 1 all Sprite bottles in the U.S. and Canada would switch to clear packaging.

Coca-Cola has revealed that Sprite’s complete visual identity would be updated in addition to the new clear bottles “to create a uniform appearance and voice throughout the world.” The logo will still be green, but it will now have a more overt “Recycle Me” message to help drive home the new bottle design. By the end of 2021, 47 nations had moved from green to clear Sprite bottles, and by the end of this year, over 70 additional markets would have joined that list, according to a Coca-Cola spokeswoman. The original packaging is constructed of green PET, a less recyclable material that is frequently categorised as a single-use item. Even if the bottle makes it to a recycling plant, it is separated from the other recyclables since it tends to stain the finished product.

In the release, Julian Ochoa, CEO of R3cycle, one of the recycling businesses collaborating with Coca-Cola, said that removing colours from bottles increases the quality of the recycled material. “This change will make food-grade rPET more widely available. Clear PET Sprite bottles may be recycled and turned back into bottles, promoting the circular economy of plastic. In that vein, Sprite isn’t the only Coca-Cola product giving up its green packaging to become more environmentally friendly. As part of Coca-Cola’s commitment to convert its whole green plastic portfolio to clear plastic, the company said Fresca, Seagram’s, and Mello Yello will also start switching to clear packaging in October.

The business will save 90 lakh kgs of new plastic compared to 2019 through similar initiatives with DASANI, another Coca-Cola product that will be redesigned with 100 percent recycled plastic. According to the company’s news statement, this will result in a reduction of 25,000 metric tonnes of greenhouse gas emissions in 2023 alone.